Blu-rays of the Week 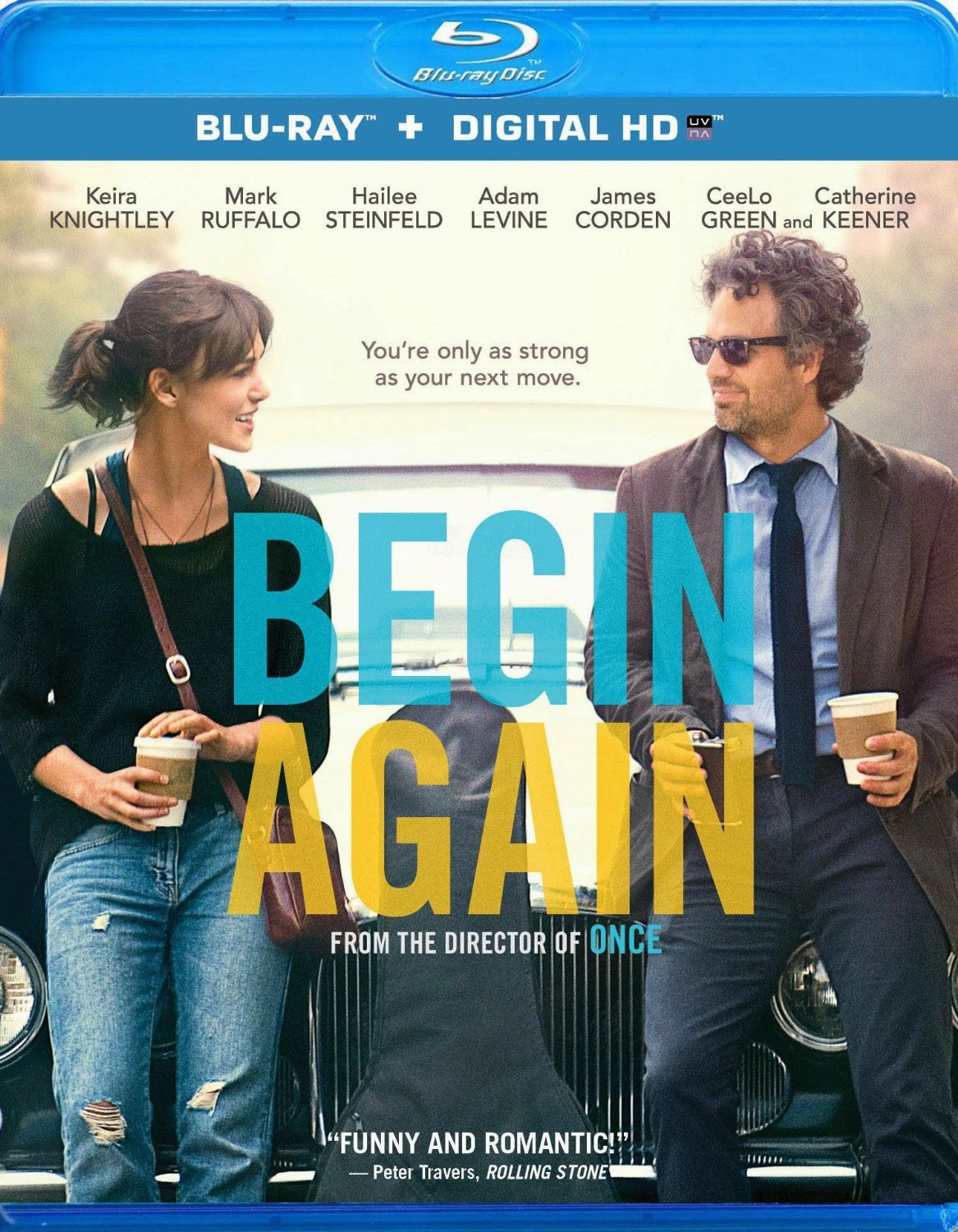 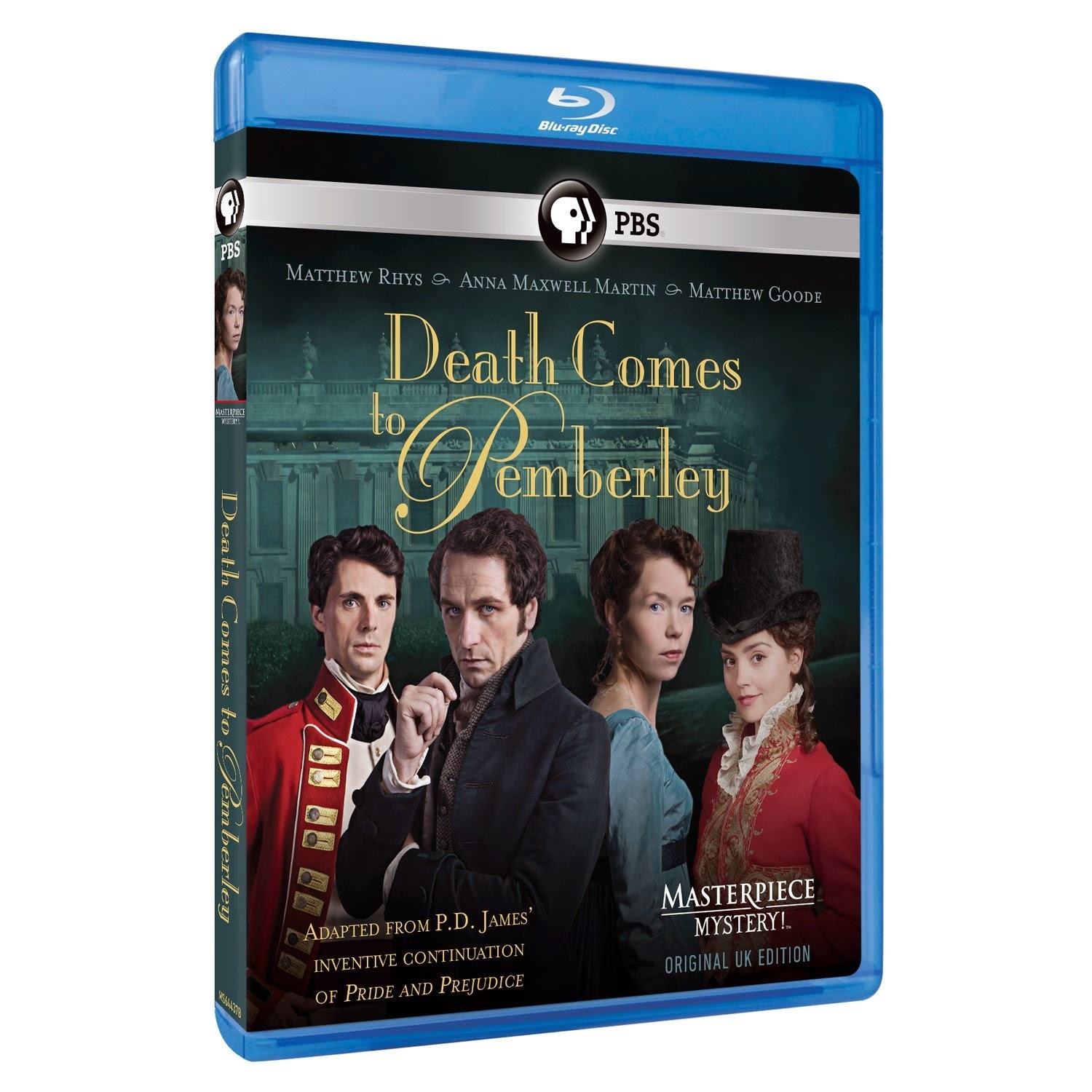 Death Comes to Pemberley
(PBS)
Miss Marple—Volume One
(BBC)
The three-hour mini-series Death Comes to Pemberley is a slow-moving adaptation of P.D. James's clever mystery novel based on the characters in Pride and Prejudice; despite ravishing costumes and locations and a fine cast led by Matthew Rhys as Darcy and Anna Maxwell Martin as Elizabeth, Death unfortunately founders. The first Blu-ray release of Miss Marple, an adaptation of Agatha Christie's sleuth, features four one-hour episodes that showcase Joan Hickson's low-key but witty performance as the no-nonsense detective. Both shows look OK on hi-def; Marple extras are a featurette and A Very British Murder, Part 1, the beginning of a three-part series about British interest in murder mysteries.

(Ram)
South Korean director Kim Ki-Duk's grandiosely yucky horror movie follows a family dragged into depravity and possible insanity after the actions of a philandering father and vengeful mother. In a movie with no dialogue, it becomes absurd after awhile that absolutely no one would be talking about what is going on, especially as it escalates further into outright lunacy. Under the creepy circumstances, actress Lee Eun-Woo—who plays the grandmother, the mother and the father's and teenage son's lover—deserves some kind of medal for bravery. The Blu-ray transfer is top-notch; extras comprise interviews and a post-premiere Q&A. 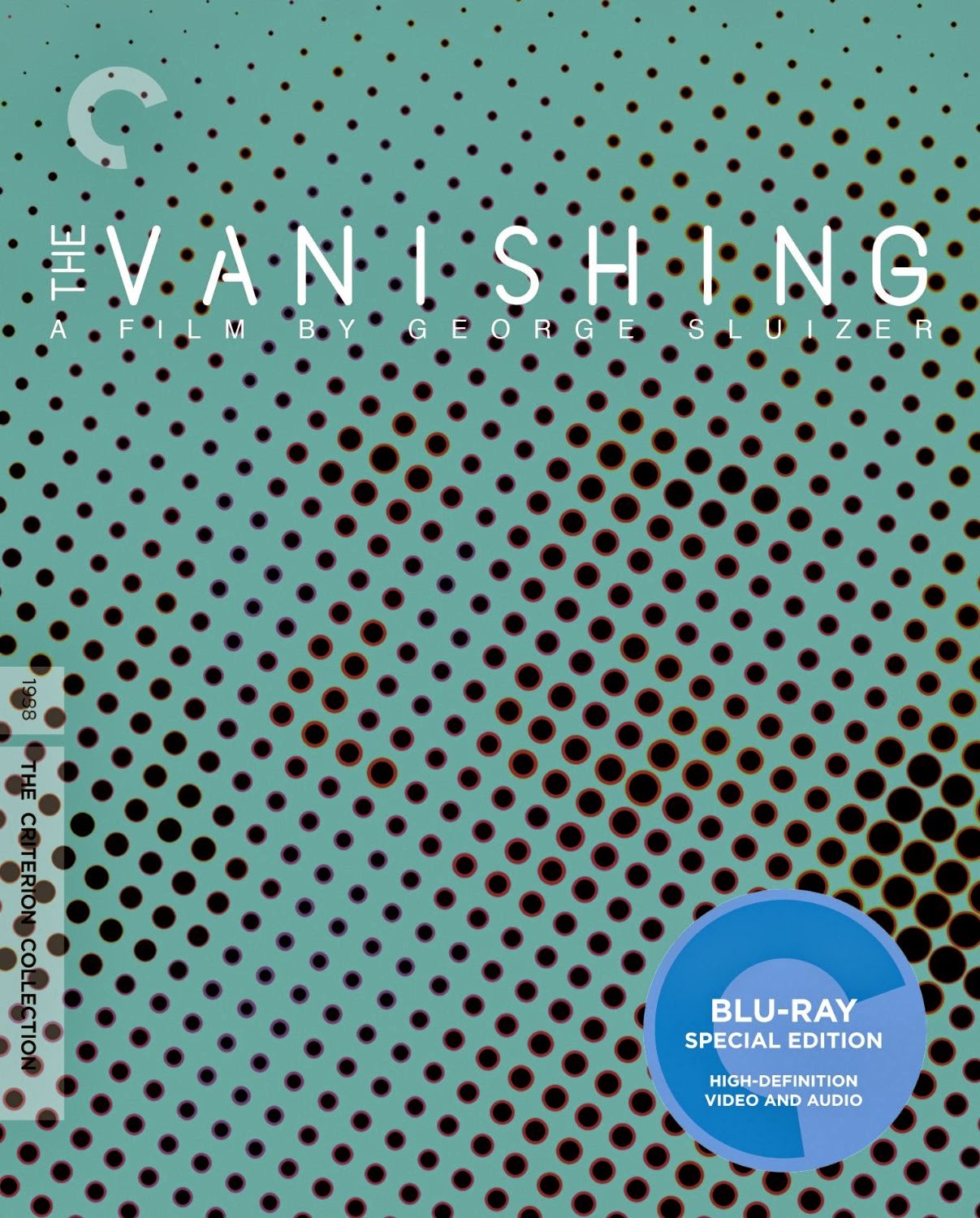 The Vanishing
(Criterion)
George Sluizer's unnerving 1988 chiller is one of the scariest movies ever made, and that it's done with such an economy of means—nary a drop of blood is spilled, and the horrifying ending leaves one shaken for awhile afterward—is a testament to the director's artistry. (That his own misguided 1993 American remake had an absurdly happy ending tacked on, proves that.) On Criterion's Blu-ray release, the film looks better than ever; extras comprise interviews with Sluizer (who recently died) and actress Johanna ter Steege, whose memorable—if necessarily brief—debut this was. 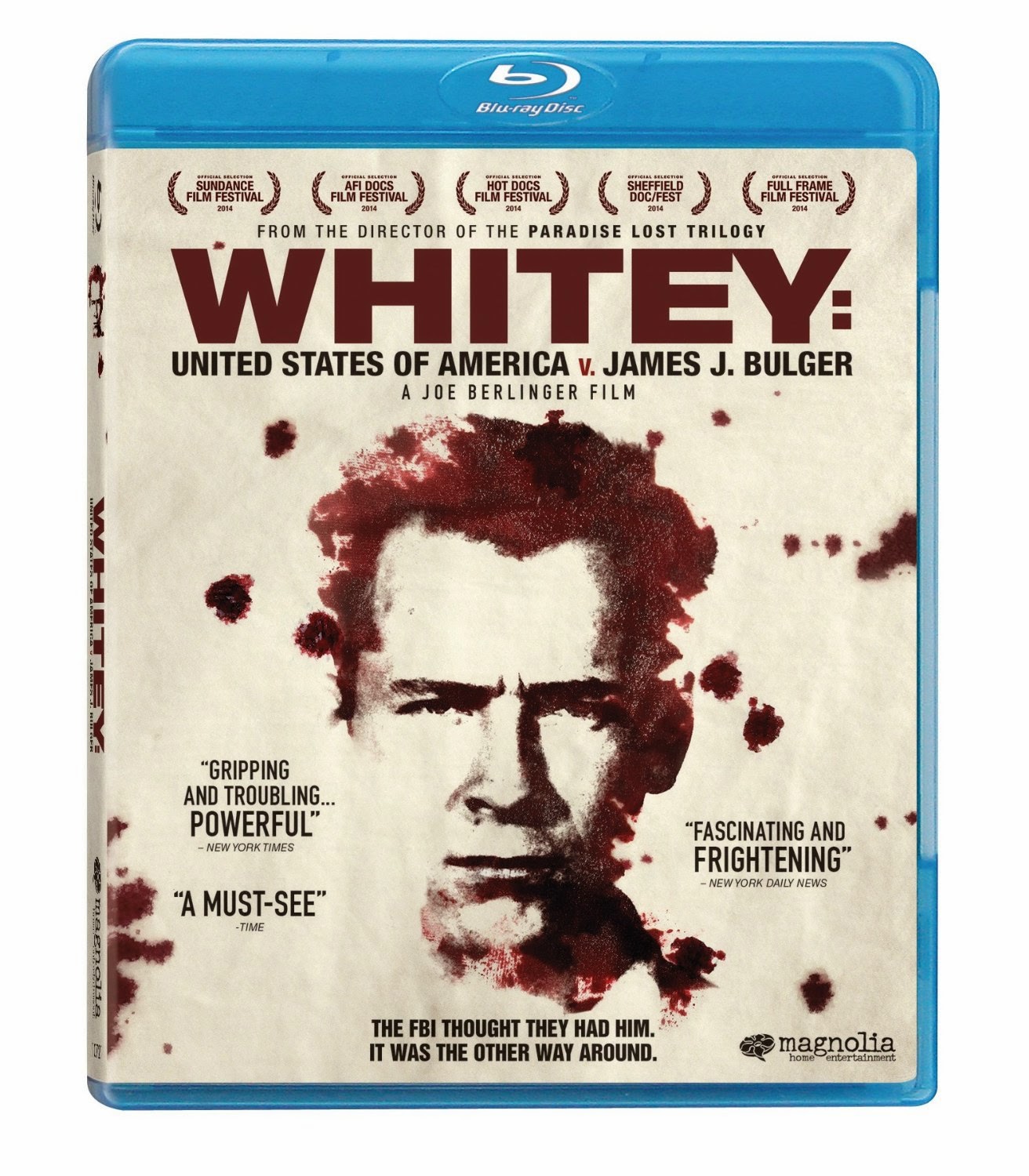 (Magnolia)
In his latest revealing documentary, director Joe Berlinger recounts how the FBI made Boston mob boss James "Whitey" Bulger into an informant, in the process allowing him to kill or have killed whomever he wanted without any blowback: he always had cover thanks to his relationships with certain agents. For decades, Bulger terrorized Boston neighborhoods, offing dozens of mostly innocent people, and Berlinger makes a compelling (and scary) case that the government is as guilty of his crimes as he is. The Blu-ray image looks fine; extras include deleted scenes and Sundance Film Festival interviews.

DVDs of the Week
Behaving Badly
(Vertical)
In director Tim Garrick's raunchy misadaptation of Ric Browde's book While I'm Dead...Feed the Dog (written by Garrick and Scott Russell), teenager Rick Stevens must juggle dealing with an alcoholic mother, his best friend's horny mom, the hot classmate he wants to date and her angry ex-boyfriend, among others. Although it's hit or miss all the way, parts of it are very funny, and there are finely tuned comic performances by Natt Wolff as Rick, Mary Louise Parker as his mom, a still gorgeous Elisabeth Shue as his friend's sexy mom and Selena Gomez as the girl of his dreams.

(Film Movement)
Do we really need a movie about a respected tailor named Carlos who kills unsuspecting women and eats them, only to find himself falling for Nina, sister of a woman whom he killed and ate earlier? The answer is not really, even if actors Antonio de la Torre (Carlos) and Olimpia Melinte (Nina) make their bizarre characters semi-believable. The problem is that despite director Manuel Martin Cuenca keeping actual gore to a minimum, his premise itself is so grisly that no matter how well done—or, more likely, despite that—Cannibal can't shake a nagging feeling of an unholy alliance between elegant filmmaking and ugly plotting. Lone extra is Ogre, a French short. 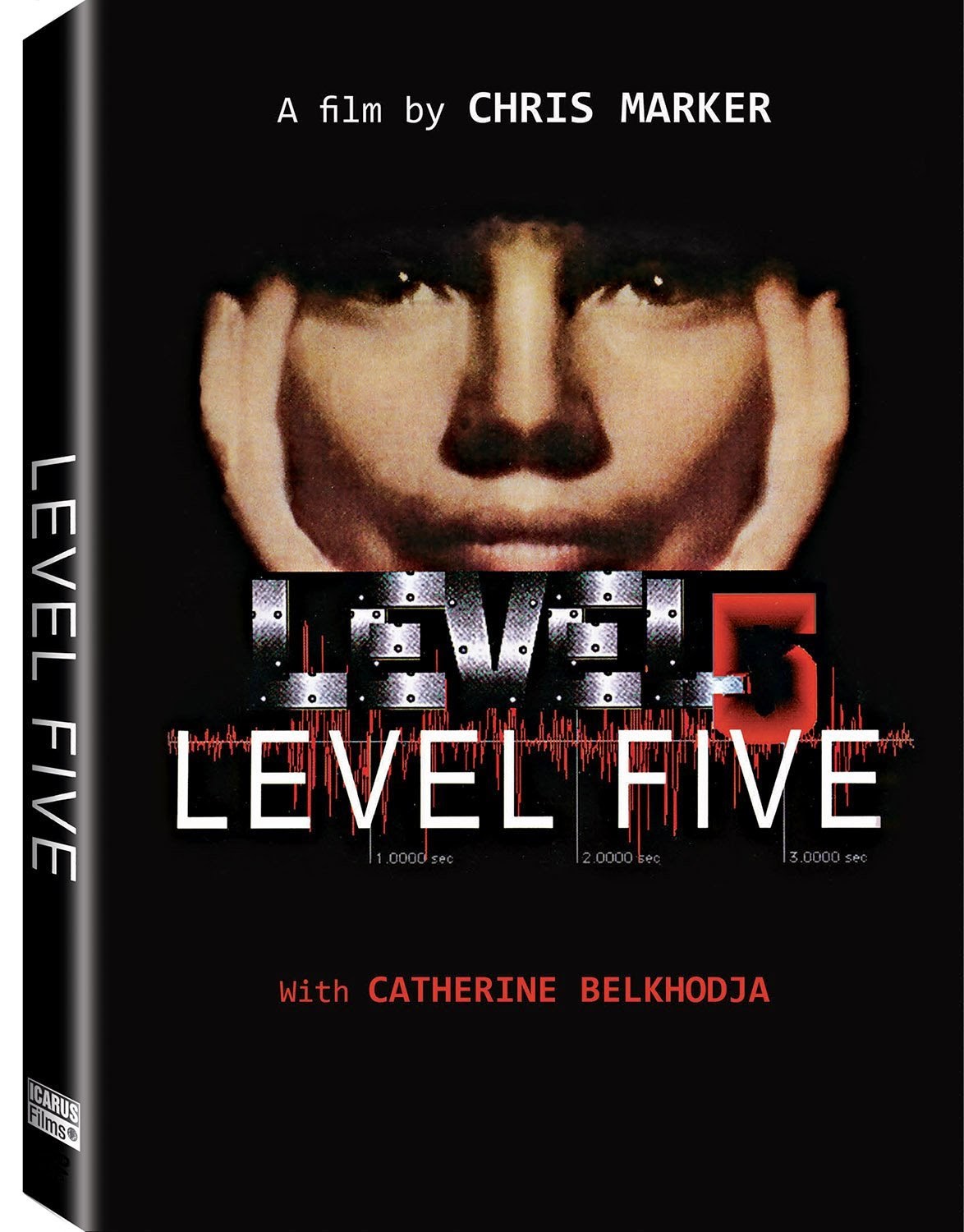 Level Five
On Strike!
(Icarus)
Avant-garde French director Chris Marker (who died in 2012 at age 91) made Level Five in 1996, a typically playful but dense sci-fi film that both predates and anticipates the digital and virtual culture we've since become accustomed to. Far more interesting, however, is On Strike!, a compilation of  two documentaries, 1968's Be Seeing You, chronicling a French strike and factory takeover, and 1969's Class of Struggle, a portrait of a young woman at a watch factory and her own radicalization. The lone extra, La Charniere, is a 13-minute audio recording of a post-screening debate among the workers shown in Be Seeing You.

Mona Lisa Is Missing
(Midair Rose)
When Vincenzo Peruggia stole the "Mona Lisa" from the Louvre in 1911, he kept it hidden in plain sight for over two years before it was finally seized when he attempted to sell it to Italian authorities hoping to return it to what he thought was its homeland, as director Joe Medeiros shows in his highly entertaining, often lighthearted look at the theft and its aftermath. A surprising amount of extras include 12 featurettes, deleted scenes, outtakes, an alternate ending and a director's commentary that's as fun as the movie itself.

The Wild Geese
(Severin)
This uneven 1978 action flick stars Richard Burton, Richard Harris, Roger Moore and Hardy Kruger as semi-retired mercenaries who get back together to train a band of commandos to go into an unnamed African country to spring a corrupt leader from jail. Director Andrew V. McLaglen does the bare minimum, falling back on lazy scriptwriting (by Reginald Rose) and acting that could charitably be called competent. There's occasional bloody fun (in both senses), but two-plus hours is far too long for such meager dramatics. Extras include audio commentary with Moore, McLaglen interview and featurettes.
Posted by Kevin Filipski.... at 4:19 PM