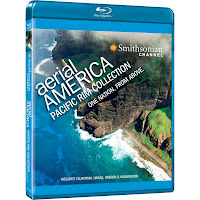 Blu-rays of the Week
Aerial America—Pacific Rim Collection
(Smithsonian)
You can’t go wrong watching the many travel shows shot with HD cameras, especially those like the quartet of programs on this disc—going the fly-over helicopter route is the source of numerous stunning shots. Aerial America visits Hawaii’s lush tropical oases, California’s fertile farmlands, Pacific Coast Highway and San Francisco, and Washington and Oregon’s wooded and mountainous areas of splendor. Breathtaking beauty is on display for three-plus hours, and watching on Blu-ray is the best advertisement for the tourism industry in all four states. 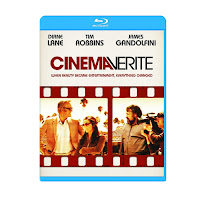 Cinema Verite
(HBO)
The seminal and controversial An American Family, TV’s first “reality” show focusing on the Louds, was shown on PBS in 1973. This absorbing if thin HBO docudrama by directors Shari Springer Berman and Robert Pulcini (best known for American Splendor) chronicles the filmmakers’ starting a project that pretty much ruined everyone’s—family’s and crew’s—life. An accomplished cast—Diane Lane and Dennis Quaid as the parents and James Gandolfini as the PBS producer—makes this a worthy pendant to the original, itself available in a truncated DVD version. Extras include directors’ and Lane commentary and short making-of featurette. 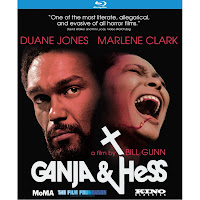 Ganja & Hess
(Kino)
Bill Gunn’s 1973 horror movie might have been inspired by Blacula’s success, but deadly seriousness is its biggest flaw. The exceedingly dangerous central affair with tragically fatal consequences meanders for far too long, and even if the film has been returned to its original length—113 minutes instead of a truncated 87—Gunn’s patchwork technique results in a disappointing dramatic experience. Extras include The Blood of the Thing, a collection of interviews from the 1998 DVD release; and an audio commentary. 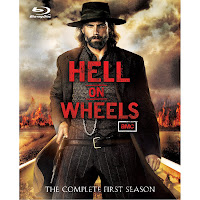 Hell on Wheels—The Complete 1st Season
(e one)
The Civil War era—heretofore the provenance of the movie western—is the setting for this contrived soap opera about the men and women populating the wild west who took the law into their own hands as they helped expand the country from sea to shining sea. Still, thanks to a cast led by Colm Meaney and Anson Mount and beautiful photography—watching it on Blu-ray is mandatory—the result is genuinely compelling. Extras include behind-the-scenes features and on-set footage. 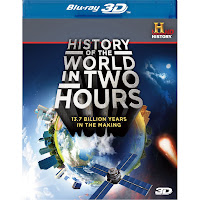 History of the World in Two Hours
(History)
This is one TV program where the Blu-ray is incorrectly titled: without commercials, this should be called History of the World in 88 Minutes. Which is precisely what it is: beginning with the Big Bang 14 billion years ago, the show quickly moves through the solar system’s origins, dinosaurs, Ice and Stone Ages and the present day in an entertaining style that makes extensive use of CGI, which looks amazing on Blu-ray (and in 3-D if your TV can handle it). 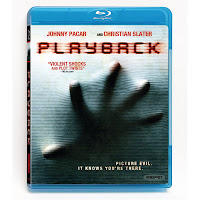 Playback
(Magnet)
Taking the low “kids with cameras” concept to its absurdly logical extreme, writer-director Michael A. Nickles’ unnerving, over-the-top thriller shows the legacy of past murders on students recreating them for a video project. Despite the lunatic goings-on, Nickles’ audaciousness initially compels continued viewing; too bad he runs out of steam and perfunctorily peters out. The movie’s visuals are well-captured on Blu-ray; extras include two making-of featurettes. 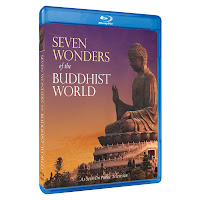 Seven Wonders of the Buddhist World
(PBS)
Historian Bettany Hughes hosts this guided tour through the most imposing structures built in the name of Buddha. The seven monuments include the obvious—like Cambodia’s Angkor Wat and India’s Mahabodhi Temple—alongside the incredible His Lai Temple in Los Angeles. This septet of sights provides an enlightening survey of the world’s most popular religions; and Blu-ray is the best way to take this tour, revealing one spectacular sight after another. 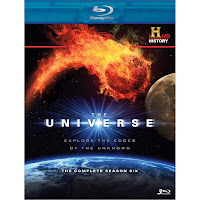 The Universe—The Complete 6th Season
(History)
I’m adamantly against History Channel re-enactments, but there are cases when it’s warranted: the marvelous CGI driving this outstanding series reveals what could never be plausibly replicated any other way. Among the 14 episodes’ subjects are how the planets were irrevocably changed, the origin of the solar system (again!), comets, UFOs and even the place of God in the universe. Needless to say, the visuals enthrall as much as the subject matter. 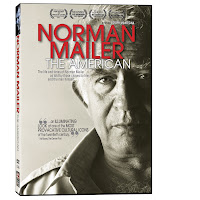 DVDs of the Week
Norman Mailer—The American
(Cinema Libre)
Norman Mailer—author, politician, pugilist, sexist, filmmaker, agitator, intellectual—is the subject of this engrossing documentary about a public life lived like a train wreck under a microscope (to coin a phrase). Comments from his wives, children, colleagues and antagonists—and sublime footage of his feuds with Gore Vidal, William F. Buckley and the incredible battle with Rip Torn at the climax of their movie Maidstone—center Joseph Mantegna’s look at the rock star of American writers. Extras include Mailer speaking on various topics and a gallery of his letters. 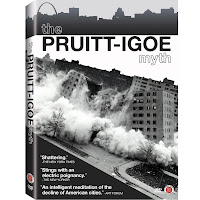 The Pruitt-Igoe Myth
(First Run)
Chad Freidrichs’ alternately depressing and heartening documentary erases the accepted notion that St. Louis’ infamous public housing project was a disaster and, by extension, exposes the uninformed outcry against modernist architecture and the people who lived there. This strong, intelligent work of activism is equally factual and emotional, which it balances beautifully. Extras include a 30-minute film, More Than One Thing (1969), Freidrichs’ commentary and additional interviews.

Something Ventured
(Zeitgeist)
With Mitt Romney’s rise, “venture capitalist” has become a dirty term, but it wasn’t always thus. In the heady days of the ‘60s through the ‘90s, people were not downsizing companies but growing them, and directors Dan Geller and Dayna Goldfine shrewdly examine the men (and woman) who turned companies and products like Apple, PowerPoint and Atari into blockbusters. Alternating new interviews with vintage footage, Geller and Goldfine show that, with smarts and acumen, American capitalists were once innovative, not merely complainers about unfair taxation ruining job creation. Extras include five deleted scenes. 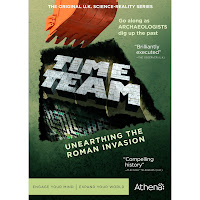 Time Team
(Athena)
Britain’s to blame for our worst reality shows, but they also created this exciting  chronicle of historians and archeologists unearthing the ruins left behind by the collapsed Roman empire nearly two millennia ago. Hosted by comedian Tony Robinson, Time Team comprises a dozen episodes that are a time machine back to Britain’s Roman past, from London to Wales, and including a stop at the famous Hadrian’s Wall, the poster boy for Roman civilization in Britain. 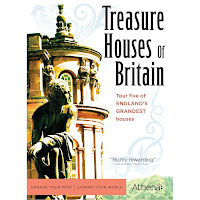 Treasure Houses of Britain
(Athena)
This two-disc set compiles five episodes show off the most opulent houses in Britain, led by guide Selina Scott in glorious widescreen (too bad this wasn’t released on Blu). There are visits to Burghley House Chatsworth, Blenheim Palace, Holkham Hall and Boughton House—the last rightly called the English Versailles, not only for its breathtaking baroque buildings and acres of sculpted lawns but also for the treasure trove of incredible paintings, furnishings and sculptures that clutter up its rooms and grounds. The lone extra is a 22-minute behind-the-scenes featurette. 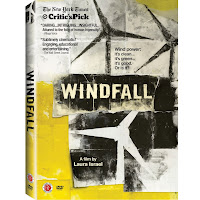 Windfall
(First Run)
The complaint most often heard about wind power—“I don’t want those ugly windmills near where I live/vacation/work”—has always sounded selfish. So when Laura Israel’s wittily-titled documentary methodically destroys the pro-wind argument in 83 minutes, attention must be paid. When a resident of the New York State hamlet of Meredith, three hours north of Manhattan, builds a wind farm on his property, reality hits everyone, pro and con: mills are monstrosities, loud, blot out the sun, expensive, and backed by a conglomerate that makes massive profits whether they work  or not. This is a remarkable educational primer for residents of Meredith and Tug Hill, a nearby town farther along in wind farming, and sympathetic viewers. Extras include additional interviews.
Posted by Kevin Filipski.... at 10:08 AM